Stare in the middle of the image below..as you move your eyes around you will see black dots flashing. now you know that there is no flashing possible here but it tricks your brain. 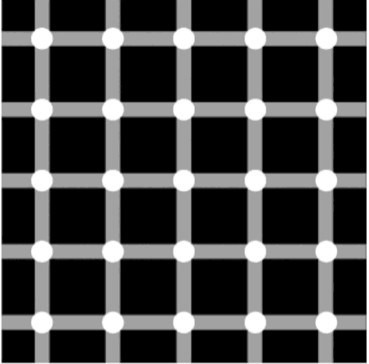 Human eyes could be easier to trick than you might think.A Japanese professor, Kokichi Sugihara, created sculptures that trick the mind to see the impossible.
He was the winner of the Best Illusion of the Year Contest in 2010 and 2nd place in 2016.
Check out some of Sugihara’s best brain-bending illusions:
Like when that thing goes there, isn’t it supposed to go over there and not over there? Shouldn’t the little balls be rolling to the right instead of the left? How did that thing do the thing? Huh?!

Let us talk about Healthcare now. Illusions occur when brain tries to make sense out of conflicting information based on his/her experience. Many of you would have heard about Conformational bias.

Conformational Bias
Human sight is falliable and images can easily be misread leading to errors in processing information. For practising Physicians as well, we have seen such conformational bias. When a new piece of information is presented which is not in tandem and consistent with someone’s current mental model, there are chances that it will be disregarded. Let us think of a mental model including the three units in Patient management-
Experience– Expectation—Briefing
My cousin got admitted in the Emergency department Saturday night and the duty doctor made a presumptive diagnosis. The next day this diagnosis was handed over to the head of the department as a part of patient’s history. The Physician here adopted the briefing, experience and expectation of the Emergency department Physician to his mental model and prescribed medication- possibly got blinded to realise a differing picture. 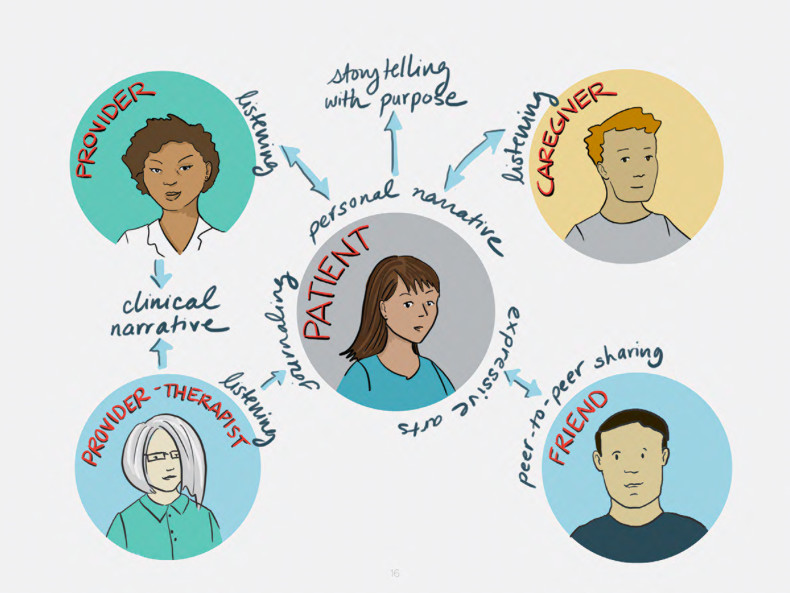 That is why in Psychology of Healthcare, a shared mental model design is necessary. There are a lot of factors that can influence situation awareness. Mental model sharing includes:
1. members of the team holding the least possible/least consistent mental model as their approach to avoid underestimation, conditioned thinking and oversight.
2. Effective communication between all team members
3. active monitoring of team member’s actions, understanding, data processed/evidence available through the senses -also for patient, equipment, summary, documentation and instruments.
Schizophrenia 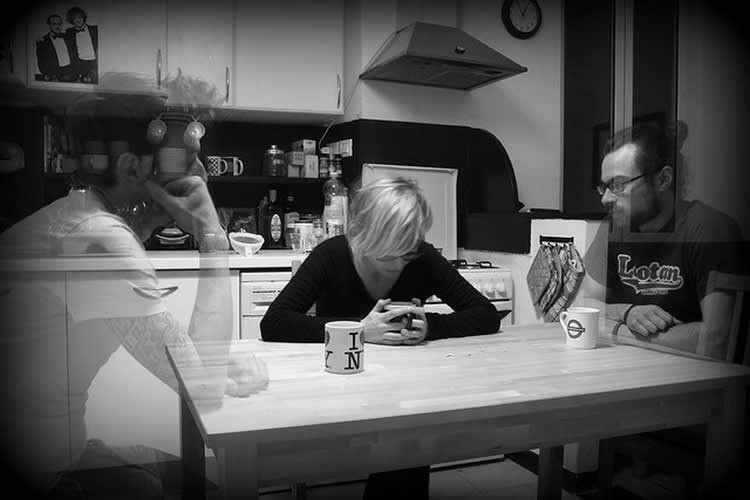 The important principle to understand is that our perceptions are not the same thing as stimuli that are picked up by our sensory receptors. Think of hallucinations in individuals experiencing mental illness like schizophrenia.
Hallucinations are involuntary and can occur in the absence of an external stimuli. That means a person sees or hear something that is not there. In the neuroimaging studies, scientists have gathered information around normal and abnormal conciousness and unconcious brains states.
Brain can pretty much create its own realities and illusions. That means brain can respond differently to external and internal stimulus.
In the 19th century, Dr. E. Babbit, M.D. proved that colored light was capable of healing through the effect on the autonomic nerve fibers in the skin and via the nerves from the eye to the brain. Dr. Spitler proved in the 1930’s that psychiatric illnesses could be cured or improved by using a visual colored light source. It is now known that there are at least four effects from light. These are:
1. The optic nerve to the pituitary gland, temporal lobe, and occipital lobe of the brain. This information affects the conscious part of the brain without interpretation.
2. A second nerve bundle from the retina to the hypothalamus, which is a major control area for both the sympathetic and parasympathetic nerves. Dr. Fritz Hollwich, M.D. has shown that color affects neurotransmitter and hormone levels in the brain and spinal cord, which in turn affect the rest of metabolism and biochemistry.
3. This path goes from the retina to the midbrain, and then to the superior cervical ganglion to the brainstem and then to the pineal gland. This area controls, among other things, our circadian (sleep/wake) cycle.
4. The last is a direct effect of the light upon particles that travel in the lymph, blood, and nerves. Researchers at the University of Vienna found that albumin is one of the particles able to be charged by light. It is then able to deliver this charge to tissues at distant locations (tissues) in the body.
Watch Dr. Paul McHugh talking on How a Psychiatrist Approaches the Illusion of Technique in Health Care Delivery Today
Sources and recommended reads
Using Magic to Throw Light on Tricky Healthcare ;Systems: Patient Safety Problem Solving ;Linda C. Williams
https://www.researchgate.net/profile/Linda_Williams/publication/264408923_Using_magic_to_throw_light_on_tricky_healthcare_systems_Patient_safety_problem_solving/links/5556153c08ae6fd2d8235df0.pdf

This site uses Akismet to reduce spam. Learn how your comment data is processed.

Connect
1
👋 Hello
Powered by
Hello!! 👋 Manish here, Thanks for visiting The Healthcare IT Experts Blog !! How can i help you?